utilizes the entire width of the sensor without line skipping or pixel binning,

every one of the sensor’s pixels. The unit allows users to shoot with

4:2:2, with the latter put through to a third-party 4K recorder via HDMI. It

cameras, which offers the ability to include a picture profile for gamma,

black, level and colour adjustments that can be saved for use in a multicamera

shoot. Full details of the a7S can be seen here.

Dubbed a “super compact” CSC, the Sony α5100 is about half the size of a

conventional DSLR. The camera holds a 24MP APS-C CMOS sensor with the

delivers a very fast 0.07 second AF acquisition time, with up to 6 frames per

cinematic 24p, 60p and 60i frame rates; selectable in-camera XAVC S with a

with an optional adapter. Full details of the α5100 can be seen here.

camera for picture making, but more and more come away wanting better

mirrorless camera capability in a compact, “bodyless” solution. The unit

viewfinder via an NFC/WiFi connection. The QX1 has a large APS-C 20.1MP

image sensor, a built-in flash, and a mount to attach any Sony α E lens. Third

party lenses can also be attached via the appropriate mount adaptor. Once a

picture is made it can be stored on both camera and phone memory. The

smartphones, as are the resultant 30p HD videos. Full details of the ILCE-QX1 can be seen here.

For more information, please contact your local PR manager or: 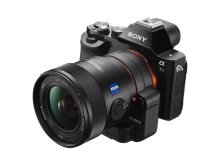 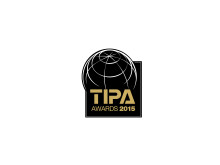 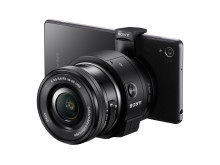 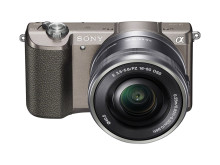